We have been privileged to display and offer a large body of work by the British sculptor David Weeks, including sculptural works, maquettes, designs and studies. 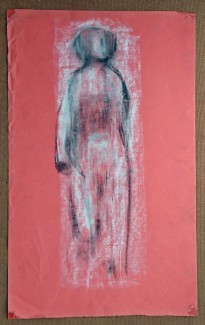 David Weeks was a significant sculptor and educator, based in the South West of England, whose work merits much wider recognition. He studied at Plymouth and the Royal College of Art, receiving the RCA silver medal for sculpture in 1952.  Co-founding and editing ARK, the Royal College of Art Magazine, he worked with Raymond Hawkey as art editor, a fellow Plymouth graduate who went on to become one of the most influential graphic designers of print journalism, and with whom Weeks shared an exhibition, Class of ’49, at Plymouth Art Gallery. 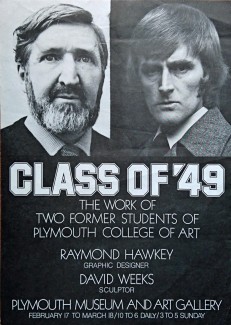 Weeks played an important role in the post-war reconstruction of Plymouth during the 1950s and early ‘60s. Two of his most significant public commissions were for the Plymouth Guildhall and the Plymouth Pannier Market. The ceiling of the Guildhall carries his series of sculptural elements representing the 12 labours of Hercules – the principal sculptural ornament in the rebuilt interior. The radical concrete structure of Plymouth’s Pannier Market (1959-60), a project on which Weeks was artistic consultant, was one of the last elements of Plymouth’s civic centre to be completed and came to represent the rebirth of the city from the ruins of war. The interior contains large schemes by Weeks of murals in the south porch and figures in the north porch. Both buildings are now listed in view of their significance in post-war architecture and design. 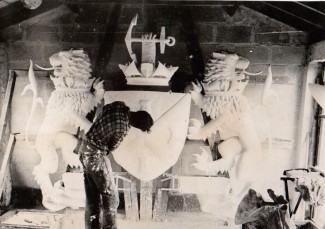 In addition to Plymouth, Weeks executed commissions for schools, churches and public spaces in the south west, including a large scale wooden mural for the chapel of the Blessed Sacrament at Buckfast Abbey in 1966. Although he continued to work as a sculptor, he became increasingly involved in education, and was course leader at Newton Abbot School of Art from 1960. 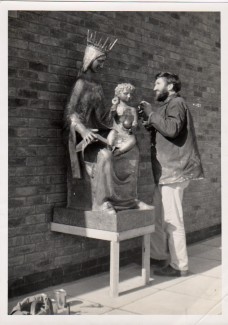 Weeks’ work the 1940s and ’50s is figurative, with a powerful sense of mass and volume, showing a strong awareness of the work of both Henry Moore and Graham Sutherland. His development of large-scale family and mother and child groups during the decade coincided with Moore’s exploration of the same themes. The later ’50s showed the increasing influence of European sculptors such as Alberto Giacometti and Germaine Richier. Weeks exhibited extensively, and held a major solo show at Reading Museum & Art Gallery in 1956.  During the later 1960s, Weeks became more concerned with formal, geometrical structures, and it was this aspect of his work which formed the basis of his exhibition at Dartington in 1969. 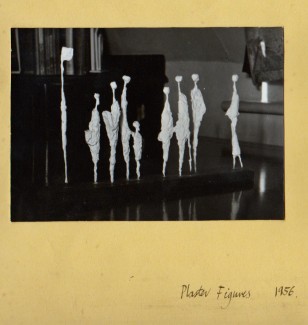 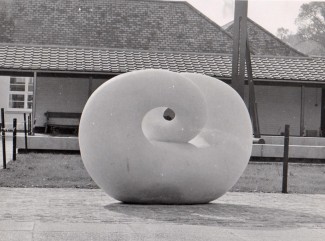