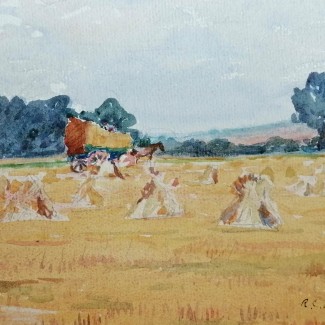 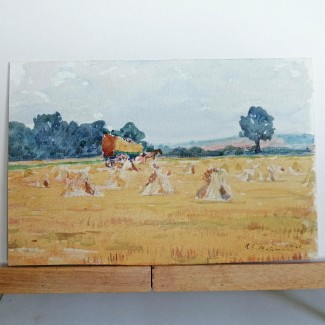 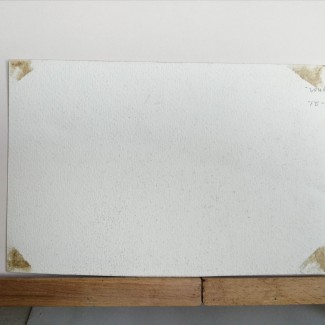 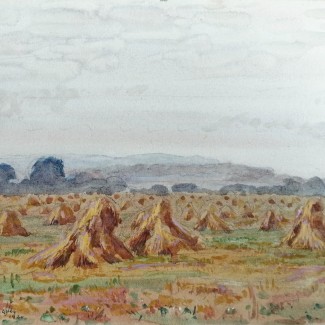 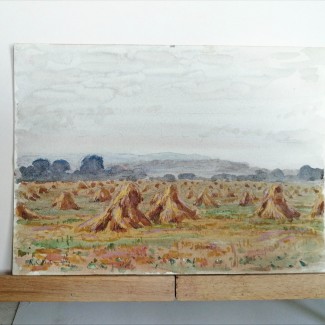 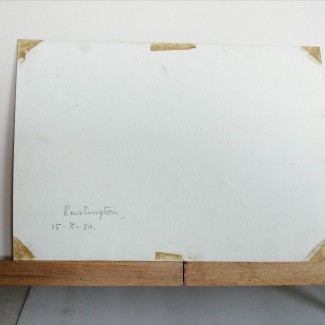 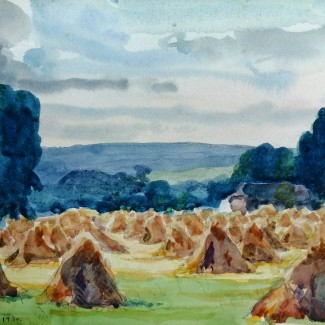 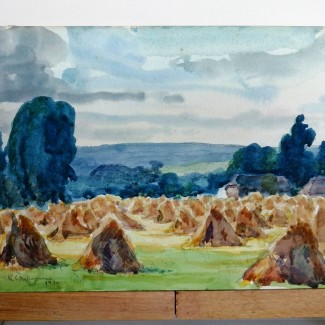 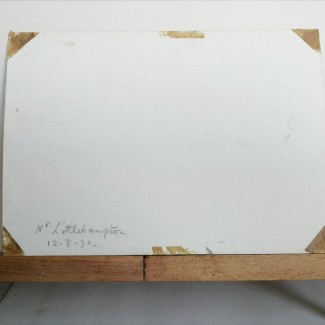 A group of 3 watercolours of harvest scenes in West Sussex:

a: Corn Stooks and Harvest Wagon, 155 mm x 232 mm; watercolour on cream paper, signed and dated, bottom right R C Matsuyama 1921. Verso with tape residue at the corners and cropped inscription, – 21 / gnor, suggesting that the scene might have been painted above Bognor Regis.

Ryuson Matsuyama was a member of an important group of Japanese artists working in Britain in the first half of the 20th century. His richly-worked watercolour landscapes of London and southern England gained great popularity with both British and Japanese ex-patriot audiences. Matsuyama remained in England throughout his life, and became a naturalised British citizen in 1947.

Matsuyama loved the towns and countryside of West Sussex, which became a favourite subject from the 1920’s until his death. He frequently revisited the sweeping country above the seaside towns of Rustington and Littlehampton, recording the changing weather, landscapes and rhythms of English rural life.