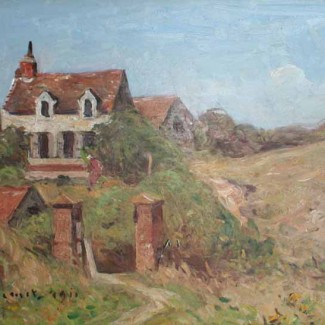 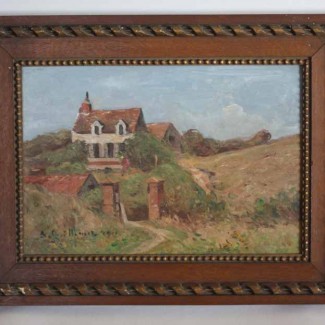 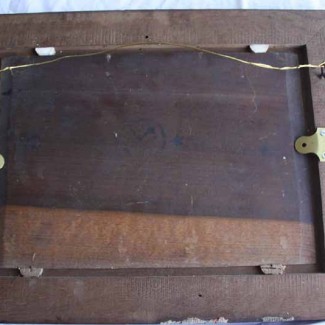 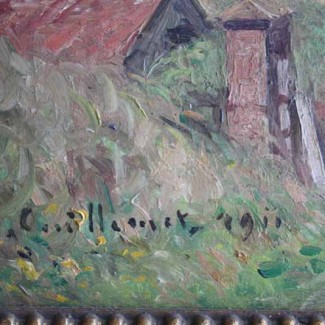 Categories: All Rooms, Paintings in Stock.

This charming picture, executed with a fresh palette and delicacy of touch, dates from the later part of Guillemet’s career, when he had moved from Paris to the Dordogne. Under the influence of his friend and mentor Emile Zola, Guillemet became increasingly interested in French rural life, and the depiction of local peasants, farm workers and agricultural landscapes.

Here, a figure in a white cap can be seen working in the sun-drenched garden laid out in front of the cottage.

Read more about Guillemet and his life at the heart of the French cultural establishment in the 19th century here.