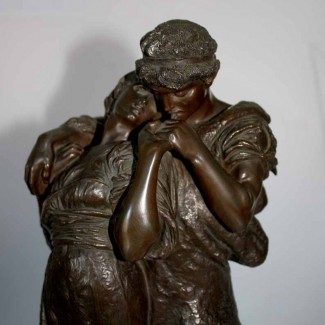 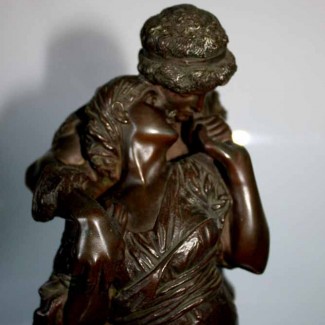 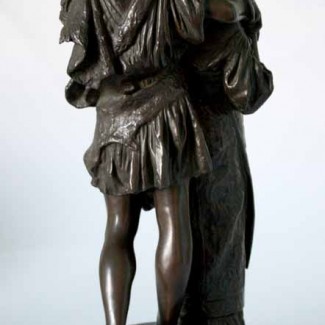 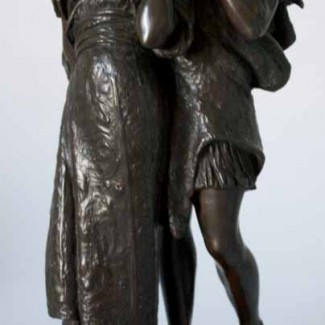 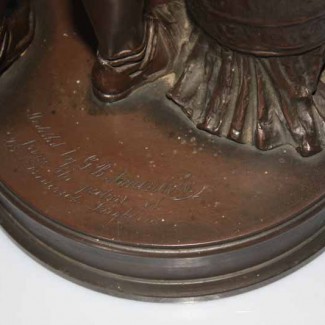 Giovanni Battista Amendola studied in Naples at the Istituto di Belle Arti, before moving to Rome and Paris and, in 1878, to England, where he remained until 1886.

Amendola found himself at the heart of an influential group in the English art world. Befriended by Lawrence Alma-Tadema, he was subsequently introduced to Frederic (later Lord) Leighton, whose protégé he became. As his reputation grew, he received an increasing number of commissions, including that to produce a work based on Leighton’s painting, Wedded, which was to be distributed through the Fine Art Society. The painting had been exhibited at the Royal Academy in 1882, and Amendola began work on his sculptural version in 1885.

Wedded was reproduced in silvered bronze, bronze and terracotta (previously sold by Lloyd Ellis), and was made in two sizes. The larger stands at 73 cms, the smaller, of which this is an example, stands at 14.5 inches, 37 centimetres. The finished work is an unusually powerful representation of loving tenderness in bronze, and was greatly praised at the time for its sympathetic representation of human emotion.