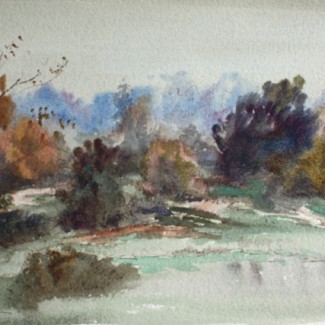 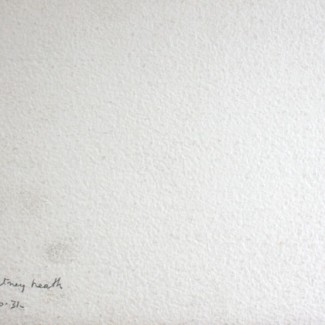 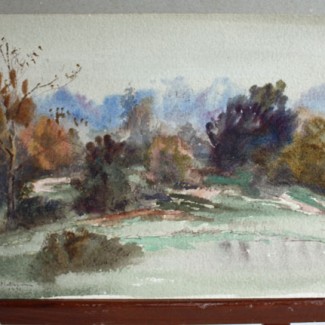 Watercolour on light board

Ryuson Matsuyama was a member of an important group of Japanese artists working in Britain in the first half of the 20th century. His richly-worked watercolour landscapes of London and southern England gained great popularity with both British and Japanese ex-patriot audiences. Putney Heath, with Wimbledon Common, forms part of the large open green space in south west London. This rapidly worked sketch beautifully conjures up the colours and atmosphere of an autumn day.

Matsuyama remained in England throughout his life, and became a naturalised British citizen in 1947.