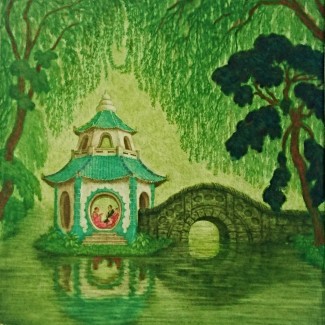 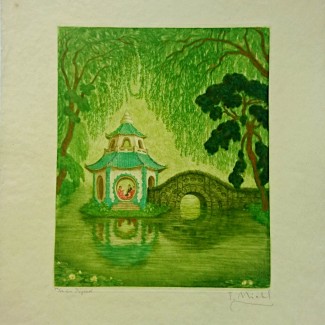 Michl trained at the Prague Academy of Fine Arts, before establishing himself as a painter and printmaker in Paris and Vienna. His work shows a close affiliation with  Chinese and Japanese culture, particularly influenced by woodblock prints and scroll painting. In 1923, he produced a portfolio of six prints using a particularly rich technique of colour etching and aquatint, illustrating poems by the Chinese poet, Li T’ai Po (700-762 A.D.) created as tone poems set to Gustav Mahler’s composition of six songs for two voices and orchestra, Das Lied von der Erde (The Song of the Earth), of which this is the third etching.