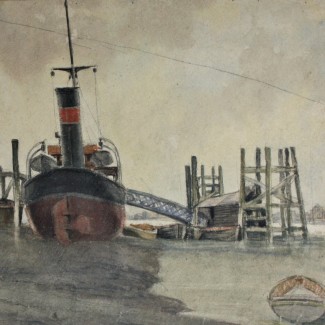 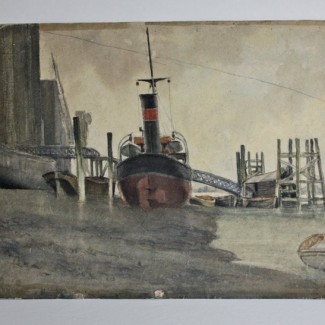 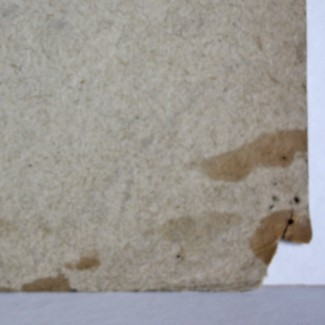 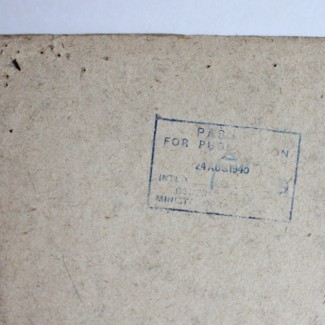 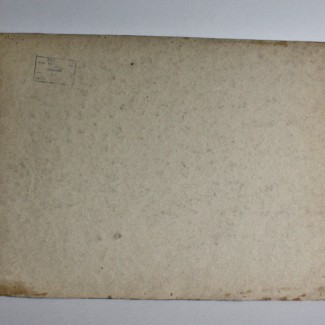 Watercolour and bodycolour over charcoal on paper

Censor’s stamp to back in blue ink ‘PASSED FOR PUBLICATION’ 24 AUGUST 1945 with crayon endorsement.

The paper a little worn, pin holes to margins and with some losses to bottom right hand corner from heavy pinning.

Working as a painter before the first world war, Luigi Alfonso Rocco (‘Gigi’) Innes Meo joined the Artists’ Rifles in 1915 and was later commissioned into the Royal Sussex Regiment as a subaltern. He loathed the war. Invalided back to England following the Somme offensive, he returned to the front only to be captured by the Germans in early 1918, spending the rest of the war as a prisoner. A plan by the Ministry of Information to employ Meo as a war artist was thwarted by his capture, although the Ministry was able to supply him with painting materials in his captivity.

After the war, he became an art teacher at Bedales School, and developed an increasingly rich use of media. His later work, particularly of industrial and river subjects painted during the 1940s, shows heavily worked watercolour combined with smokey charcoal drawing on coarse, toned paper, creating soft, dense and powerful images.