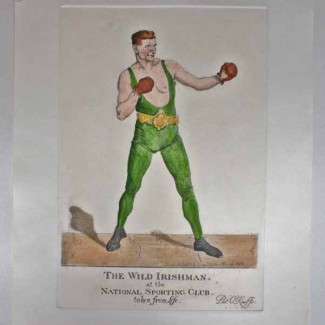 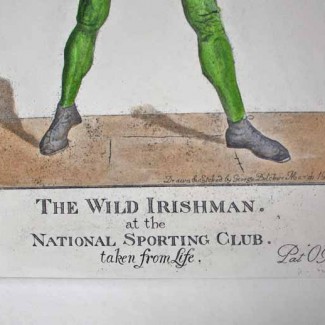 George Belcher (1875-1947)
Hand coloured etching of the boxer Pat O’Keeffe
A modern pull from the original plate
Inscribed in the plate: Drawn and etched by George Belcher March 1918
Titled: THE WILD IRISHMAN/ at the/ NATIONAL SPORTING CLUB/ taken from life. Pat O’Keeffe
One of a series of character studies produced for the National Sporting Club, 1917-1921
paper size: 45.2 x 33.5 cm
plate size: 34.0 x 23.0 cm