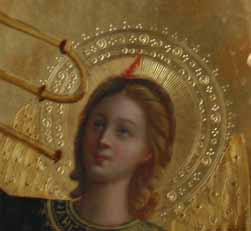 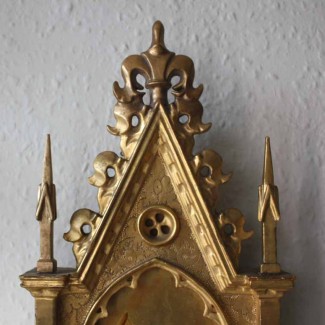 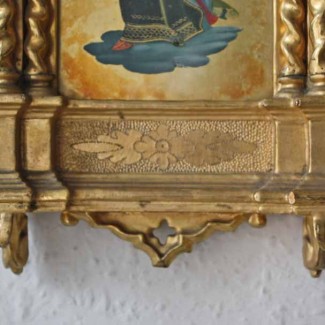 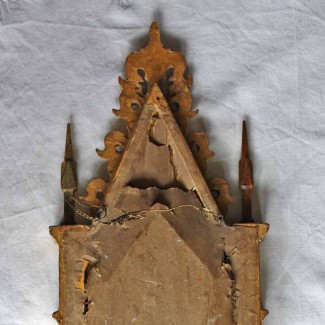 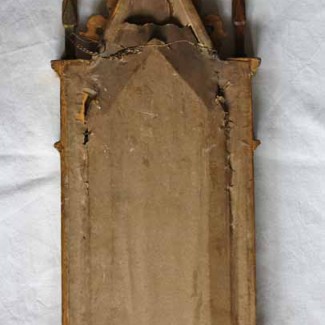 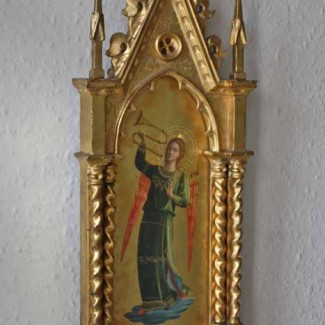 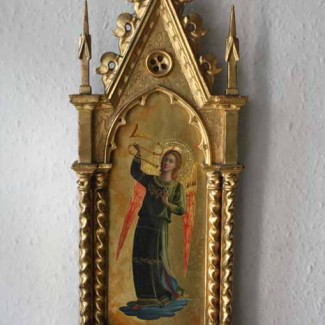 The angel is taken from the border of Fra Angelico’s Linaiuoli Tabernacle (1432-3), now in the museum of S Marco in Florence, and housed in an elaborate architectural frame of vaguely International Gothic style.
Richly decorative paintings of angel musicians, such as this example, were produced in Florence during the 19th century as grand souvenir pieces. The artist is unidentified. While the works are occasionally signed on the back of the panel, the original paper backing of our example has prevented inspection.

The frame has received minor restoration, including to the fleur-de-lys finial.

Be the first to review “Angel Musician after Fra Angelico, c.1860” Cancel reply