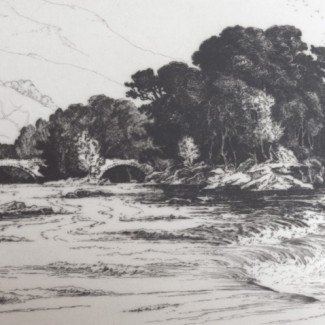 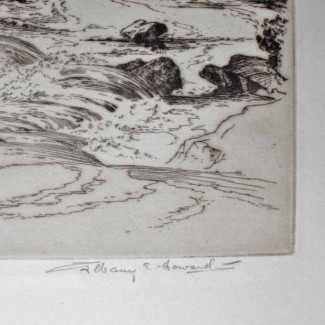 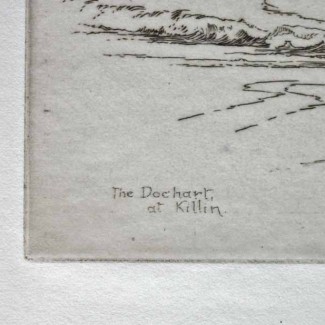 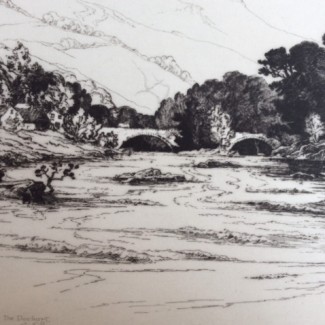 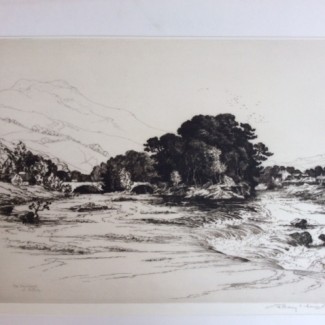 A good, clean image, signed in pencil in lower right margin and titled in the plate, lower left.

According to the Albany E Howarth website , this view of the River Dochart, at Killin at the western head of Loch Tay, is one of a series of 6 Scottish subjects printed at the Charles Welch Studios. Three prints from the series are with Lloyd Ellis, including King’s College, Aberdeen and Craigmillar Castle in addition to The Dochart at Killin.

Howarth trained as a commercial draughtsman and was a watercolourist as well as printmaker. It is, however, his command of the intaglio process, ranging from a subtle delicacy to a rich, deep drypoint line, which marks him out as a significant figure in the etching revival of the early 20th century.